It’s an odd thing to wake up one morning and by the day’s end your family has shrunk a little. Not in a tragic way, thankfully, but by way of summer visit, a leaving for a few weeks, a vacation that I’m a little envious of. 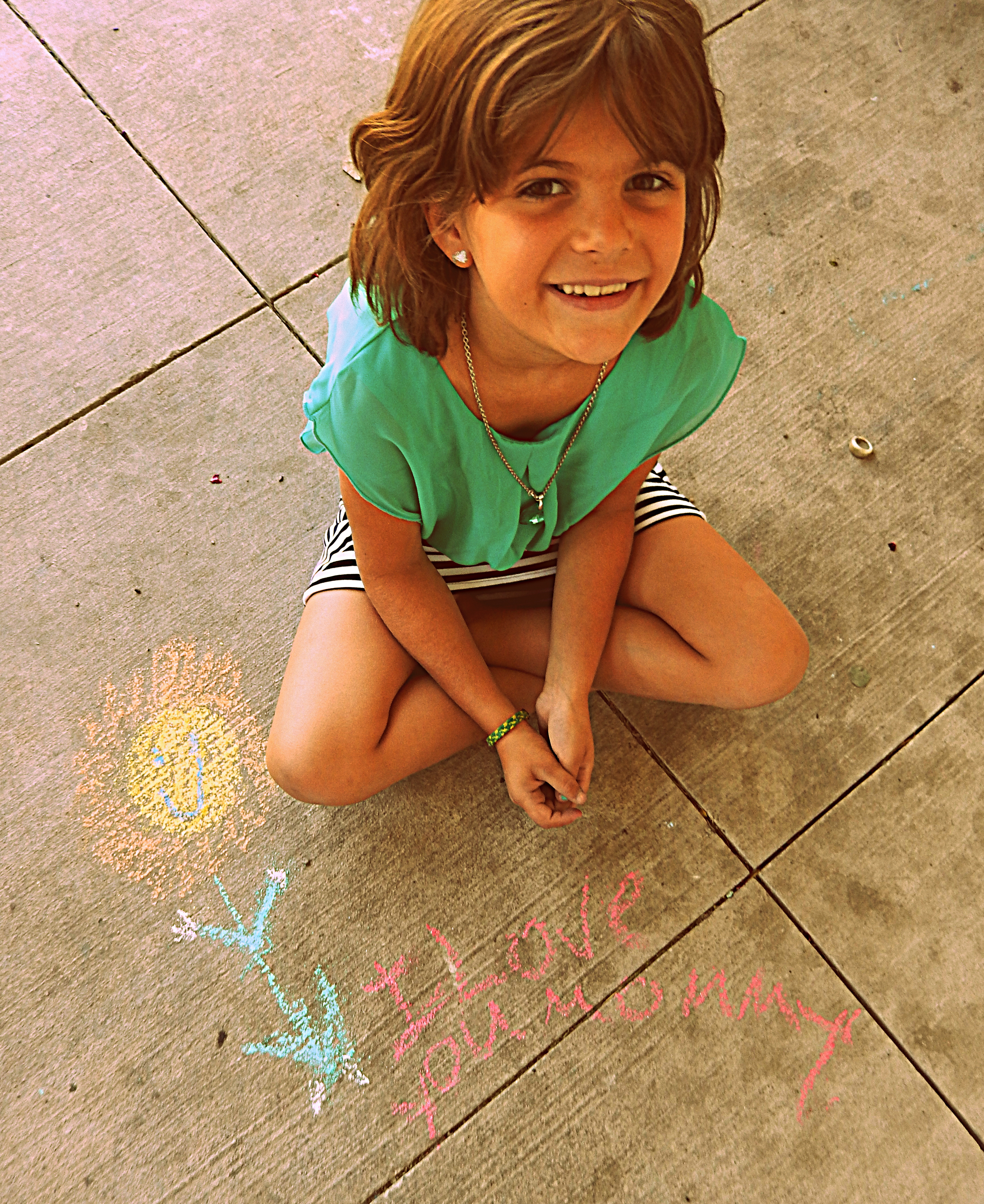 I can’t figure out if Mia and I drive each other crazy because we are opposites or so alike. We argue a lot. I find myself trying hard to show her love and affection but it gets muddled and mixed up and we both end up frustrated and exhausted. When she started seeing a therapist a couple of years ago, it became obvious that we were in a sort of relationship counseling. Some days are better than others, but almost all are a struggle of battling wits, manipulation, and endless questions. I am raising a girl who wants to be close but pushes me away because she needs me to fight her to come back. Sometimes I do, and sometimes I don’t. I can’t be everything she needs all the time, and she has a hard time with that.
But then she leaves for these periods of time and I’m left surrounded by the essence of her. I become consumed with regaining my living space, rescuing it from her constant clutter. I rearrange furniture, bag up piles of papers and random toothpicks-in-putty creations that seem to be everywhere, all the time.
So I clean. I dump out the dozens of little bins in her room into a pile on the floor and separate the hairbrushes and doll shoes and markers with no lids. I throw broken toys in the trash pile, and other ones in a bag for Goodwill.
I often clean when I am angry, or when my life feels especially out of my control. Mia and I will argue and I’ll escape to the bathroom to wipe it all down with disposable wipes.
Today I cleaned because Cora is sick and teething and fussy and sleepy and I have too much work to do. Because she’s not adjusting to being at daycare so we’ll try again in a couple of months. Because I want to write and edit and maybe, just maybe, work on my book but it’s pointless to try. I have only so much patience for one-handed typing while the stuffy-nosed baby, frustrated and nursing, bites my nipple hard.
I need to lie flat on the floor until the carpet leaves marks in my cheek. I need to write fast first drafts to edit late at night. I need to spread piles of papers in front of me and tuck them back into appropriate folders. I need to get my head in order so when I sit down to work I stop thinking about money and hunger and parenting plans and my kid who cried out of fear her dad would be angry she’s getting her sister’s cold.
Then, there’s a part of me that aches for Mia. I know it’s not easy for her. To be gone, to be there, then return. When she was little, she’d scream for hours out of exhaustion from transitions. She copes with it better now, especially because her dad doesn’t know how smart she’s become in the last six months. The restrictions on screen-time and knowledge of what food she’ll eat don’t carry over.
It’s taken me two days to type this. I adjust my legs and wake Cora up and she cries from being too hot and too sick and too awake. But my foot was asleep. I had to move. I had to.
step.