Through a good amount of grace, giving, and pure luck, I have found child care for Coraline. Or, rather, it found me, really.
I’ve had a hard time lately. I have a list of several pieces I need to work on. Things I’ve agreed to do. Things I should probably be writing instead of blogging. But I need to write freely, without a numbered list with added sass or a structure and voice I’ve pitched and must maintain. I just want to have a minute to have a glass of wine and let my fingers tap and dance and let out a mental sigh. 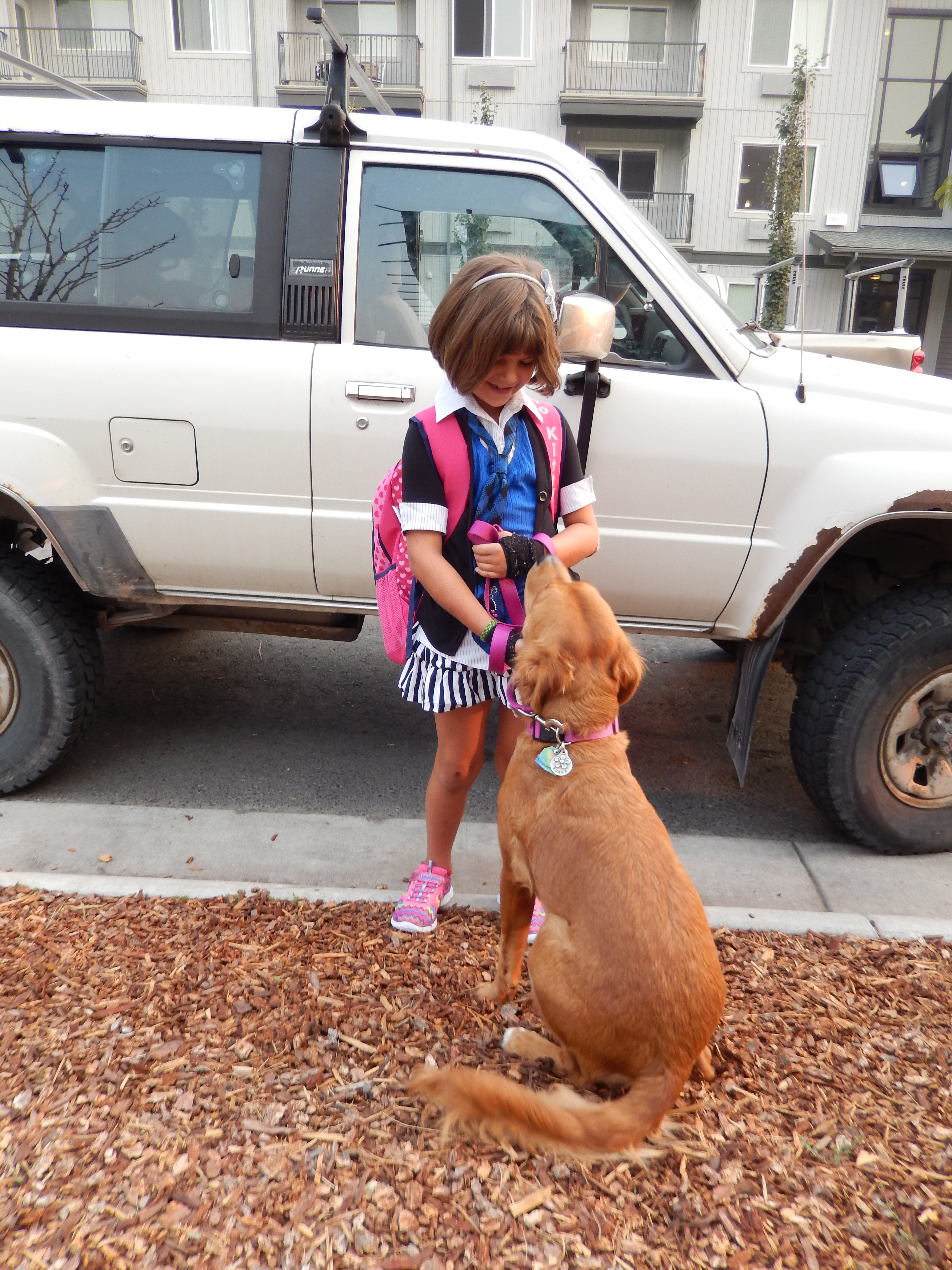 Mia listens to a Taylor Swift album at night. I’d added that “Oh Darling Don’t You Ever Grow Up” on the end, and it plays about an hour after we’ve said goodnight. It’s playing right now.
We had a fight tonight and I told her she was being a jerk. I’d wanted to run to the store and she said I couldn’t because she was playing outside. Then later I couldn’t because I said I wouldn’t buy her ice cream bars. I told her to go to her room, but she kept calling out demands and asking questions she knew the answer was “no” to. I took away her Netflix queue for our television in the living room (we don’t have cable) and walked into her bedroom to take her netbook computer away. She asked why and I said, “Because you’re being a jerk.” She melted. And cried.
We’d played a board game after school. She’d freely told me things she’d learned that day and talked about her friends without me asking how things went. I fed the girls mac ‘n’ cheese and fruit and watched them eat. I had to go to the store. We were out of coffee and eggs and milk and hummus.
I know Mia’s been having a hard time lately. I know this because she starts having melt-downs and argues more and cries over little things and has temper tantrums that remind me of when she was two. She just started a new school. I know that can be rough. I did it when I was her age, too. And she won’t see her dad until Christmas after only seeing him for a few weeks this summer. I told her I know how that goes, too. I haven’t seen or talked to my dad in a few years.
I did make it to the store. I left Mia at home with the dog who still suffers from separation anxiety, even through the Prozac. Mia’s fine, though. She has a cell phone, and our good friends are right across the hall in case something happens. The store is a few minutes’ walking distance and I usually only grab a few things. When I got back, we all sat together at the table for the third time today.
The girls split a slice of cheese pizza while I gobbled down steamed greens and roasted chicken. Mia and I talked about our fight. My voice was silent and hurt, but hers was bubbly and normal. She asked if I’d play a comedy stand-up acting game.
“I don’t want to, Mia,” I said. “I’m sad, and tired, and really just need to sit and enjoy eating some food.”
She came over and hugged me then. I kind of wished she would apologize for being a punk earlier but she didn’t.
“I’m sorry you got so mad you couldn’t buy me ice cream bars,” she said.
But every night that god damned Taylor Swift song plays. It plays while Mia is sound asleep in her bottom bunk with a stuffed animal tucked into the front of her shirt so she doesn’t lose it when she rolls around so much. She’s in matching pajamas with cartoon horses and purple and pink and blue daisies.
Coraline’s walking all over and squats when she gets mad, straightening with a scream. I used to look at the contrast of Cora and Mia and think that I had such a short time of Cora being a baby, but now I think “Oh god, I have five or six years before this kid can be trusted to get herself a snack.” 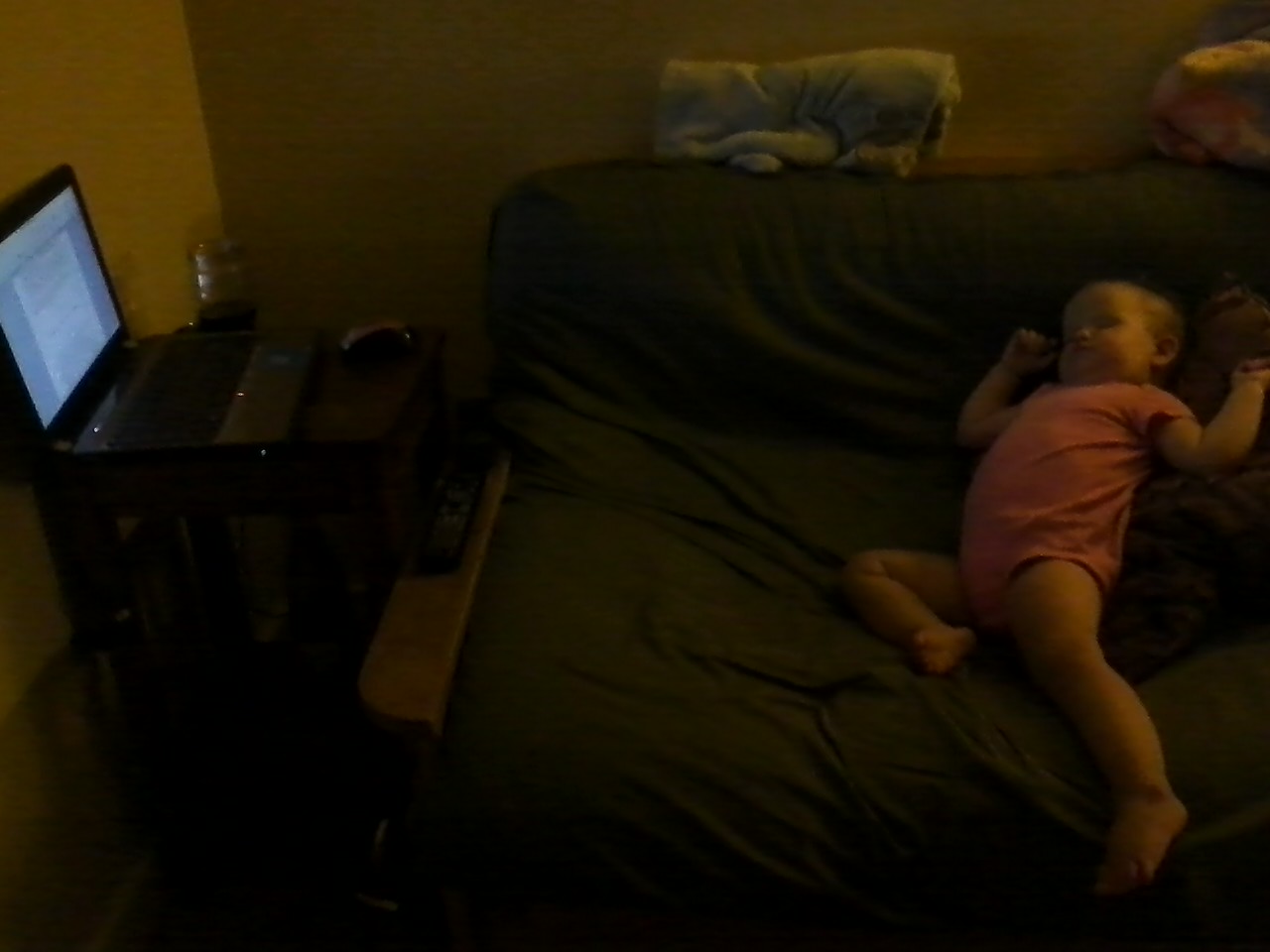 My motherhood journey right now is of the days being long and the available time to work being short to non-existent. But somehow I get it done. With a baby sleeping in my lap on one of those “C” shaped pillows called a Boppy for some reason. That’s how I write. I take breaks sometimes to doze off with my chin on my chest, then wake up again and write a few more lines with blurred vision.
I wrote about 10,000 words last week, and did about ten pitches. I hope Coraline’s new child care situation is one that will give me solid time to work, and write, and maybe shower or nap or cook or shop. Tuesdays and Thursdays will be for Cora, and Bodhi, and me, who needs a good walk as much as the dog.
But, for now, I’m still struggling to teach my toddler and dog the concept of leaving and that I’ll be back. I’ll always be back. But bye-byes are good. Even necessary. For a little while, anyway.
step.

Follow Me!
The Vulnerability of a Single Mom Toting Two