Freelancing has an odd flow to it, or no flow at all, really. A bumper month is the payoff of work from two months before. Once I got a couple of regular gigs that together are a steady stream of money coming in, I stopped pitching stories to other outlets. I worked on my book proposal, and sometimes just didn’t work at all.
It’s easy for me to sink into the ebb and flow of my kids’ constant needs and wants. I allow them to drain me.
This morning Coraline woke up at four, making an odd kind of desperate wheezing noise. She’d cough, and cry a little, but still directed me to the kitchen to get her something to eat. I relinquished, got up, and turned on the coffee maker.
These are moments I wonder what it’s like for parents who have a partner. Does one person get up at night if another has to work early? I imagine the “off-duty” one still getting up, offering help, or relief. Maybe when one finally gets up for work and finds the other half asleep, watching Sesame Street with a sick toddler in their lap, they smile at each other a bit, trade places, and one can take a shower or stretch or pee. I guess I don’t know. I only have what I can imagine. I’m not sure I’ll ever have anything else. 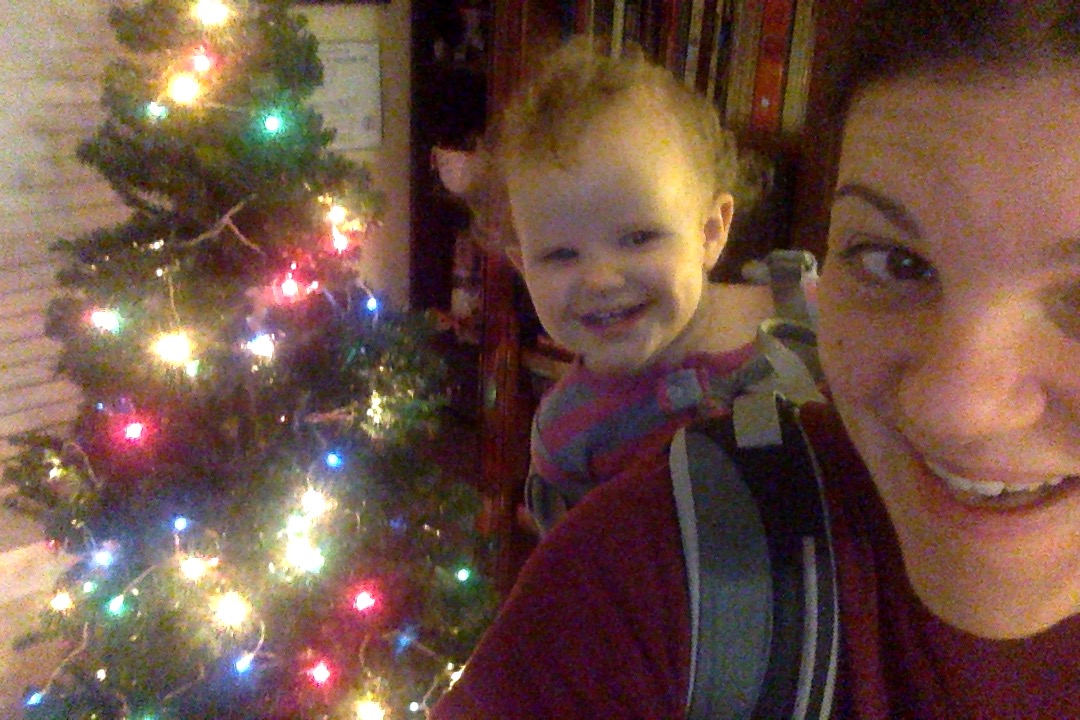 Cora’s been saying her version of words lately, and asked to go in her backpack. I paced around in my living room and kitchen, handing her apple slices, starting my day in the stillness and dark, except for the glow of the multi-colored lights on our fake Christmas tree.
I’ve been struggling with getting in the mood for Christmas this year. Mia has been relentless with her requests for gifts. It doesn’t seem to matter what I get her, there are always five more requests in line after it.
I sat on the couch this morning and watched her get ready for school. She sneezed, and coughed, flipping her bread with an egg in the center in the pan to cook on the other side. She put her snow pants on, then sat next to me on the couch. I could tell by the dark circles under her eyes that she was sick.
“Let me feel your head,” I said. She wasn’t warm. Or at least not as warm as the limp baby in my lap, who roused at the sound of my voice. Coraline sat up and immediately hugged and kissed Mia.
I wish sometimes that this could be Christmas. Quiet mornings, in the glow of lights, and not a build-up to another early morning of opening gifts. I want to enjoy these two warm bodies next to me that were once part of my own.
This year will be the first Christmas in a very long time that we’ll spend with family: Coraline’s grandparents and aunts and uncle and cousin. Her grandma came to Mia’s Christmas Pageant at school. Her grandpa comes over and cooks dinner with them. They’ve taken Mia in as a bonus grandchild. I sit back and try to enjoy these things without my lack of trust keeping them at too long of an arm’s length. I’m happy for my girls. I’m happy for me, too, if I allowed myself to admit it. I’m still getting used to grandma and grandpa calling once or twice weekly to ask when they can see the girls again. That’s never happened to me. 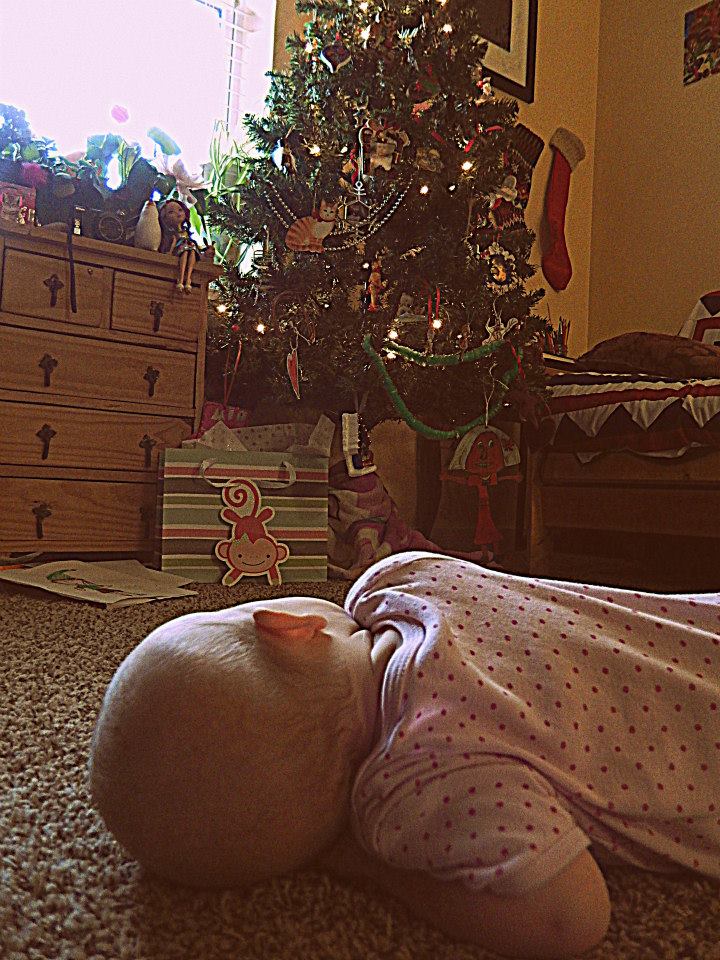 We do have much to be thankful for at the end of this year. Last year, I had nothing. The girls’ presents were bought with money from donations and money I literally found. I sent Mia off to her dad’s on Christmas Day and when I called to ask if she’d landed okay he called me a dip shit. I dread her leaving for a week this year again. I don’t know if I’ll ever get used to it.
Lately whenever Coraline’s tired and wanting to nurse, she drags around the U-shaped pillow, following me as I try to eat and use the bathroom. I’ve been trying to not let her take these little naps during the day so she goes down by nine at night. The other night we both sat on the floor, taking turns pulling the plungers out of syringes with her laughing at the popping sound they made. It was almost midnight, and I’d tried to put her down three times already. But I sat there on the floor with her for an hour, knowing she’d never remember it, but I’d never forget it.
step.