I write this just 60 minutes after finally putting my 2-year-old to bed. After putting away the toys, dishes, and giving my dog some much-needed affection. Even though it is closing in on 4AM, I am sitting at my desk instead of getting into bed. I know I won’t sleep.
For most of the evening I held my daughter as she threw up. When she finally closed her eyes and slept in my arms, I sat up, scared to leave her on the couch so I could rest in bed, and scared to put her in bed with me in fear she’d puke in my hair. And now I know that even if I do try to sleep next to her, I’ll be jarred awake every time she coughs, which she does a lot, since she’s been doing that all week at night. Only now, I’ll panic that she’s throwing up again.
But tonight, as she slept in my arms, I finally watched the new documentary about Minimalism.
I’d been putting this off. I probably wouldn’t have even watched it, but I engaged in a debate on a friend’s Facebook thread over the last couple of days, furthering the point I made in an article in The New York Times that minimalism is classist.
After watching the documentary, I realize now more than ever that I am a minimalist in nature. When I moved out on my own as a teenager, then moved dozens of times through my twenties, I gradually whittled my belongings down to what could fit in my truck, which, at the time, was a Toyota Landcruiser from the late 80s. I prided myself in this. The things I had were of value, if only to me. I was never a materialistic kind of person who needed a ton of shoes or clothes. I had books and journals. My rule was that, if I didn’t need to use something through four seasons, then I probably didn’t need it. (I made an exception for outdoor gear.) I constantly culled out shirts and pants. I rarely bought new clothes. If I brought something in, I put two in the donate bin, and so on. 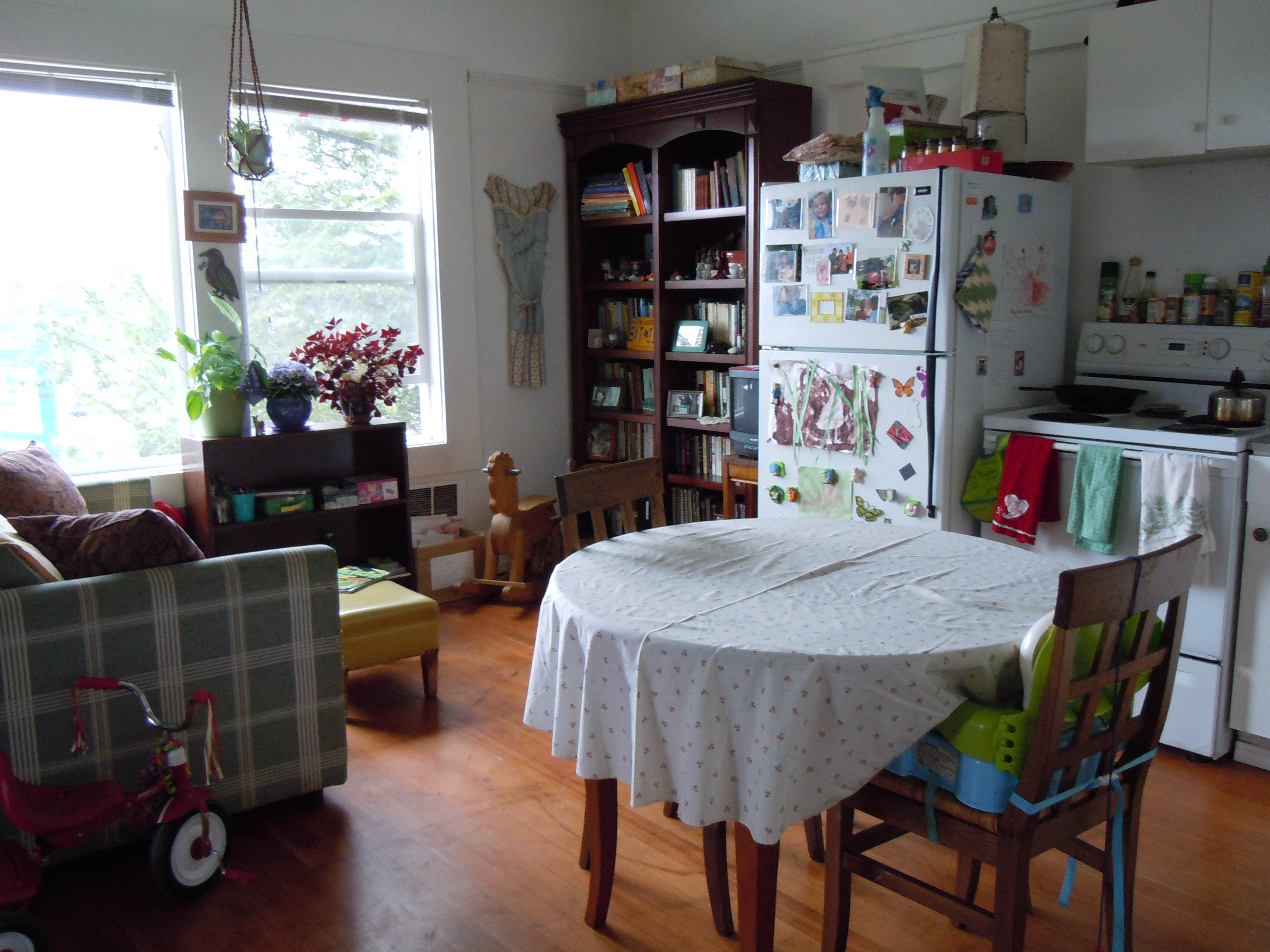 Having a child a decade ago changed that. I needed household furniture. I needed a couch, a table, and a few other things to make a house a home. At the time, I worked as a maid in houses of people who were what I considered to be very wealthy, even though they weren’t super rich by most standards. They had homes like the ones that I’d grown up in in the middle class with separate dining rooms, living rooms that were hardly used, and sometimes an extra room meant for an office. Some of these places were lavish with extra rooms for doll collections or garages just for recreational vehicles–all things I saw collected enough dust that 1) the people who owned them worked many long hours to afford them and 2) didn’t have time to clean so 3) spent money for me to come in and clean.
It didn’t seem to me that these people were necessarily happier because they had these homes. When I looked at what my daughter and I had–a small studio with what we absolutely needed and not much else–the simplicity of that seemed, well, simpler, but also happier. Yes, I, too, worked long hours, but it wasn’t to afford the stuff, it was to afford our $550 a month rent. I worked long hours because I wasn’t paid much–just over minimum wage.
Minimalism preaches mindfulness in purchases, and it makes me think to the times I spent hours mulling over my Amazon cart full of Christmas presents for my daughter. I could barely afford anything, so the things I purchased had to be well thought-out and few. Buying anything for our home meant toiling over what I absolutely needed vs. what I wanted, and I hardly ever bought the latter. More so, I held on to things because I couldn’t afford to replace them. A cheap, 10 dollar set of pots and pans lasted me nearly 7 years.
When I wrote the article last Spring, it was in reaction to the documentary’s trailer, which showed scenes of people rushing box stores on Black Friday as a reason for needing this movement, or part of it anyway.
My first thought was “Those are poor people. They don’t need to hear about minimalism. Their homes and the lives they live are minimal enough.” Now that I’ve watched the entire documentary, I feel the poor-shaming even more. Those scenes are shown almost as comic relief, with circus-like music played with it, between testimonies of (usually) white men who had corporate jobs saying their lives were miserable despite having a house full of things.
In one scene, Joshua Fields Millburn reads a poem he wrote, talking about the things he needed to buy when he moved. He listed off things that I would never have dreamed of affording. Things that seemed ridiculous, as a poor person, to even consider purchasing. I’d never stepped foot into an IKEA. I’d never known rugs for decoration. Rugs were to keep feet warm, if I was lucky enough to find someone who could give me one they no longer used. But there he stood, complaining about the ability, the privilege, to buy these things. 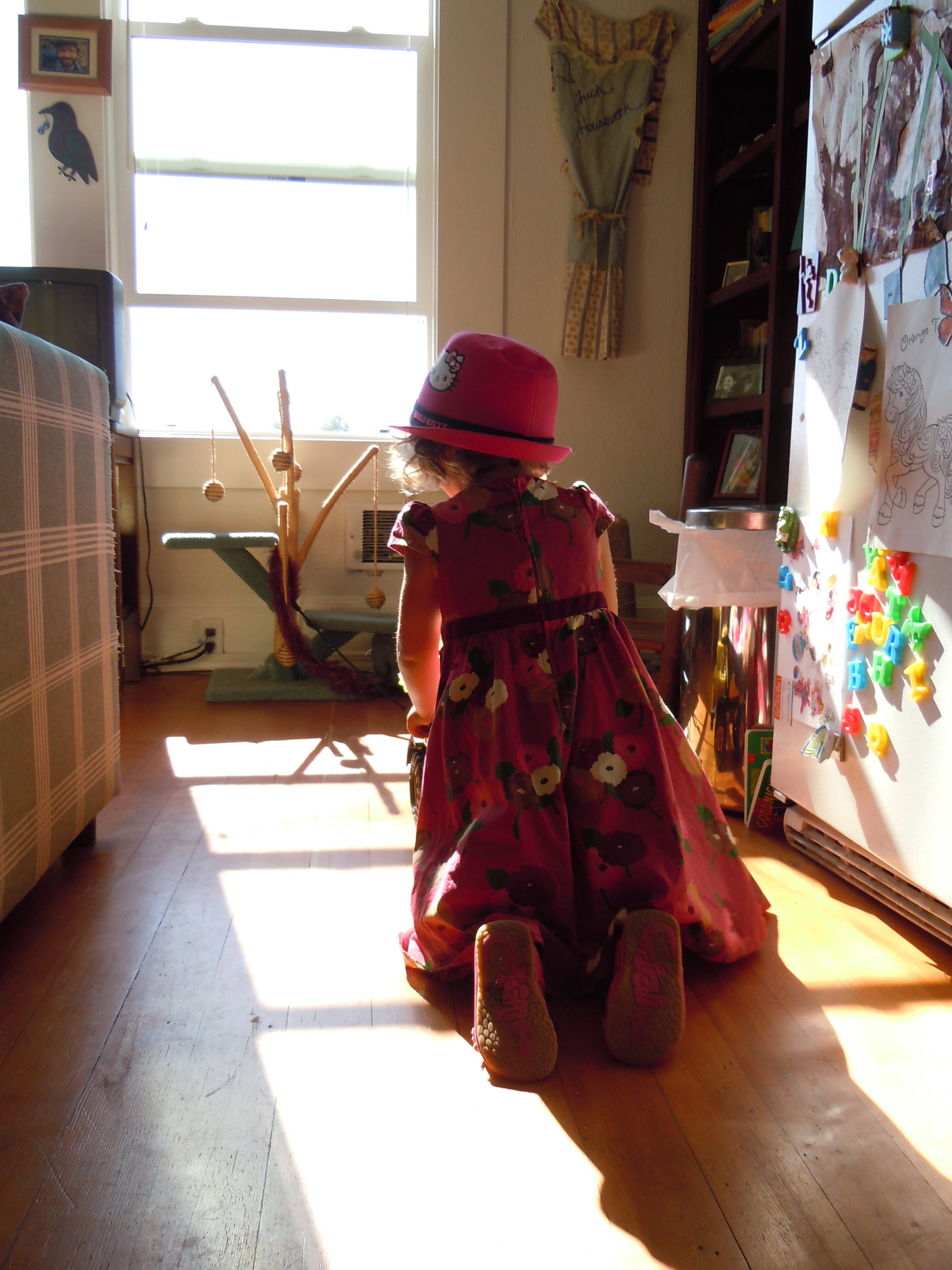 Living in small spaces forces you to only keep things that have purpose, often multiple ones at that. This is a poor person’s way of life. The reason those people are rushing in mobs to buy a television or toy is the sales are low enough for them to afford them, and they have often saved up to do so. They will bring that item home like a prize. It will distract them from the crushing hopelessness they feel on a daily basis. Sometimes by the hour as they lie awake at night, adding up money coming in vs. money that needs to go out. A poor person’s accounting that goes down to the cent.
To tell that person they don’t need it would not only be a waste of time, but trite. Like a person who’d just eaten at a nice restaurant telling someone at McDonald’s they don’t need to supersize. Just because you have the means to afford more, just because you have the privilege to say no out of a philosophy you preach, doesn’t give you the right to tell someone counting their pennies to afford a special treat that they don’t need it while hoping they will buy your book instead. Hoping they pay to take your online class. Hoping they purchase something that will profit you.
The Minimalists strive for quality over quantity. As a person in poverty, I could only afford the cheapest clothes. Even used clothing was too expensive, and I often found myself shopping at Walmart’s clearance sales for my daughters. I wore my work pants out until my company told me I needed new ones, and to replace those was a hardship.
So yes, I write this post in the middle of the night, arguably now early hours of the morning. I write it out of anger. I notably write it as a person who considers themselves a minimalist. But most importantly, I write this as a person who has lived in poverty, who was forced to unload carloads of family heirlooms in a donation box because I didn’t have the space to keep them at a time I needed them most to remind me, as a new single mom, that I wasn’t alone.
Sometimes, us folks in poverty need to know that. That we’re not the only ones in this fight for survival. Because, you see, we can’t choose to give up lavish lifestyles and instead spend money on experiences, or going out to eat with friends. So please, all I ask is that you don’t pull poor people into your philosophy, your conversation, and especially don’t shame us. Don’t point to us as a need for a movement you wish to profit from.
-step.

Help Get #MAID2REPS!
Scroll to top