“Have tissues handy as much for the happy parts as the sad. This is a great one.”

“an empathetic portrait of poverty that dispels the myth of bootstrapping”

“A riveting exploration of one woman’s life below the poverty line.”

“a gut-wrenching yet beautifully rendered story of a mother’s perseverance. ”

“We need more stories like this and, hands down, “Maid” deserves all the acclaim it gets.”

“Any description of Maid threatens to sound unremittingly bleak, but it’s not. In the moments of joy that surface, the small victories, the unexpected showings of support, the real message of Maid is that each one of those small acts of kindness is indeed what can keep Alex going. And, really, any of us.” 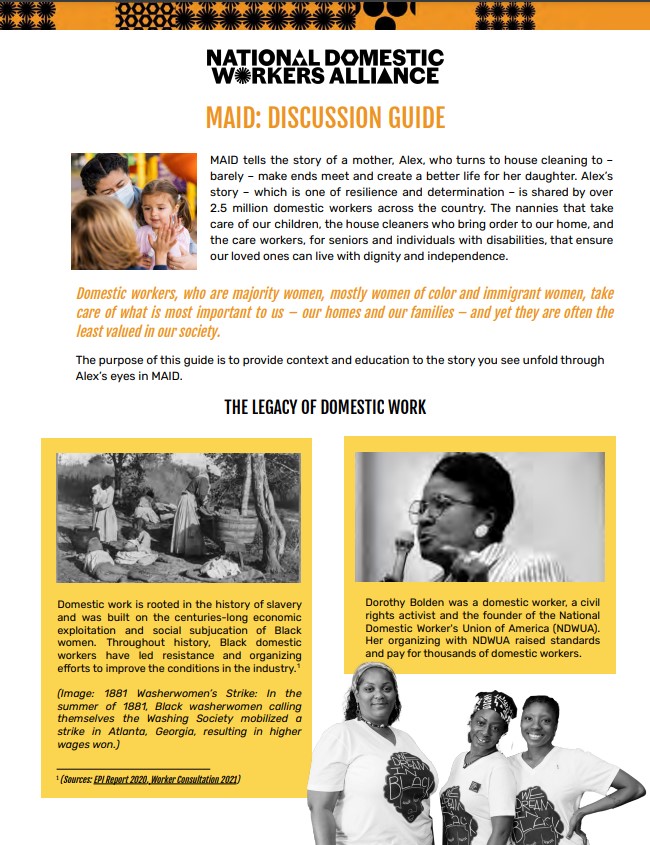 The National Domestic Workers Alliance has prepared a thoughtful discussion guide for MAID.

You Can Help Domestic Workers by Sharing these social graphics from NDWA:

Download these images and many others in the NDWA collection. 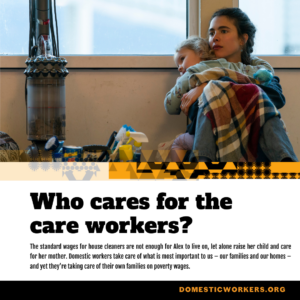 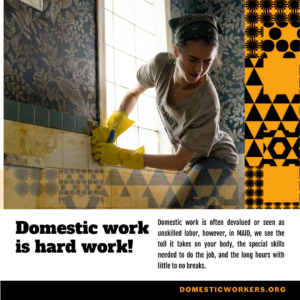 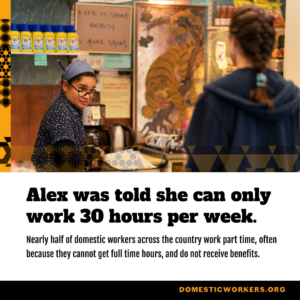 The Latest from Stephanie:

I Left Poverty After Writing ‘Maid.’ But Poverty Never Left Me (TIME)

MAID: The memoir that inspired the series.

Hard Work, Low Pay, and a Mother’s Will to Survive 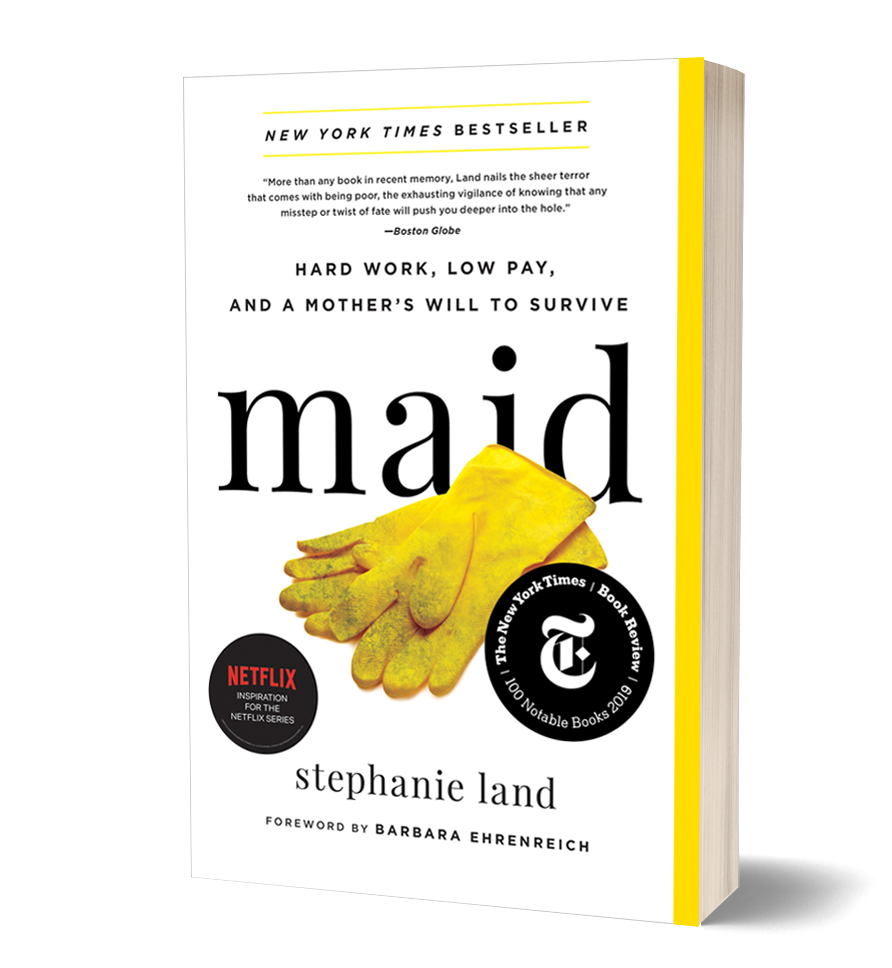 “The particulars of Land’s struggle are sobering, but it’s the impression of precariousness that is most memorable.”

Order a SIGNED copy of MAID

“My daughter learned to walk in a homeless shelter.”

At 28, Stephanie Land’s dreams of attending a university and becoming a writer quickly dissolved when a summer fling turned into an unplanned pregnancy. Before long, she finds herself a single mother, scraping by as a housekeeper to make ends meet. Maid is an emotionally raw, masterful account of Stephanie’s years spent in service to upper-middle-class America. “I’d become a nameless ghost,” she writes about her relationship with her clients—and yet as she learns more about their lives—their triumphs, tragedies and deepest secrets—she begins to find hope in her own path.

Driven to carve out a better life for herself and her daughter, she cleans by day and takes classes online by night, writing relentlessly as she works toward earning a college degree. Piece by piece, her compassionate, unflinching writing gives voice to the “servant” worker, illuminating the untold stories of millions of Americans just like her. She writes of surviving on food stamps and WIC coupons for food. Of government programs that provided her housing, but doubled as halfway houses. Of aloof government employees who called her lucky for receiving assistance when she didn’t feel lucky at all. Above it all, she writes about pursuing the American Dream from the poverty line, all the while slashing through deep-rooted stigmas of the working poor.

As empathetic as it is eye-opening, Maid is Stephanie’s story, but it’s not hers alone. It is an inspiring testament to the courage, determination, and ultimate strength of the human spirit.

Stephanie Land‘s work has been featured in The New York Times, The New York Review of Books, The Atlantic, The Washington Post, The Guardian, Vox, Salon, and many other outlets. She lives in Missoula, Montana.