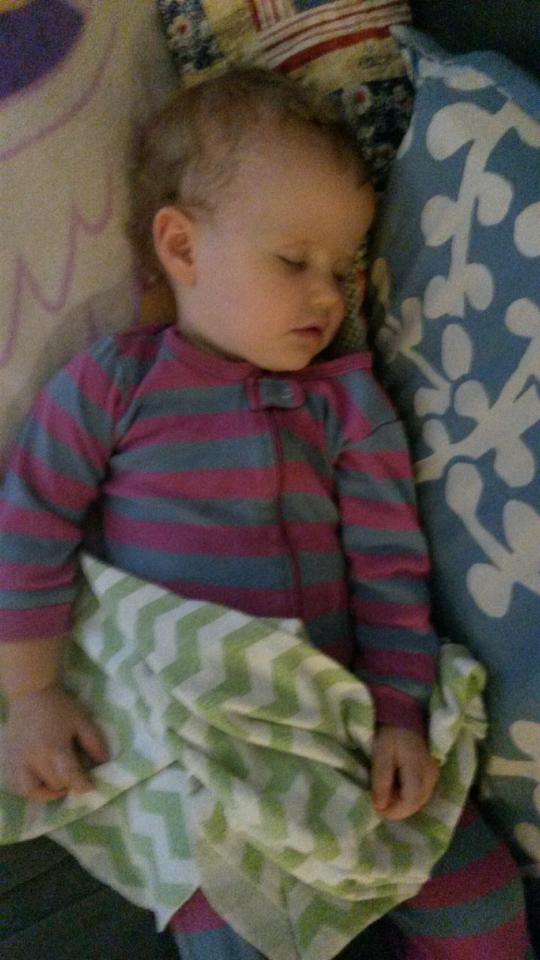 Coraline’s been sleeping on her own lately, and this morning I sent Mia off to catch the bus to school and am now sitting in a quiet house, enjoying hot coffee for exactly 35 minutes and counting. I want to poke my head in to the bedroom to check on her, but I know it’ll wake her up. I get moments to myself at night, too, and end up pacing a little, ready to jump out of my seat if I hear her whimper. Her sleeping on her own has been one of those quiet moments of success that give me a chance to breathe without asking someone to help me do it.
Yesterday I did an interview for a radio station in Australia about the housecleaning essay Vox published back in July. The essay I’m turning into a book. I have to pinch myself often that this is my life. Yesterday was definitely not an exception, feeling a literal 15 minutes of fame. I had friends come over to listen to it, had a few beers, and ordered out for pizza. Coraline covered herself in spaghetti and we all patted our bellies full of food we didn’t have to cook ourselves.
It’s hard for me to celebrate, and it was especially hard for me to invite friends over to celebrate with me. I usually allow moments like this to pass. I believe that if I give them attention, I might jinx them in some way. If I poke my head in to check on them, recognizing they exist, they’ll vanish.

I’ve been going out on dates lately. I’m not totally sure I even want a boyfriend, and “relationship” has the same ick-factor of the word “moist” when I say it, but I thought it’d be good to try. I am happy single, but there are moments, during the holidays especially, where walking down a street alone in the midst of bundled up couples is too much to bear without feeling a little tug of sadness and wanting.
One of my dates asked about my writing, since I put in my online profile that I wrote for a living and it was something I’d dreamed of doing since I was ten. I told him I’d published some essays, and had kept a journal since I was a kid. He nodded in a “that’s nice” sort of way.
Later in the date he asked what I had going on that weekend and I told him about the Australian radio live interview. His jaw opened and his eyes got wide, and I went on to explain who I wrote for regularly and that I was preparing a book proposal for an agent who’d contacted me.
“I didn’t realize I was sitting across from a famous person!” he said. I couldn’t tell if he was saying that in a joking or sarcastic way or not.
I turned my head and said, “Yeah, I guess I’m a little famous.”
Being able to tell people about my job isn’t about that, though. For years I battled overcoming an inner voice in my head, the voice of my ex, who said I was worthless and that no one was ever going to love me. He said I was selfish for pursuing a college degree in writing, because I’d always be struggling and costing the tax payers money from being on government assistance.
Being able to tell people about my job is being able to say that I am successful. A professional, even, though most of my writing is done half-lidded and in pajama pants. I’m just at the start of my career, and it’s something I have to pinch myself over daily. I’ve had so many years, the last five especially, of showing my writing to people and being rejected, heavily edited, or watched them frown and tell me it needs some work. So I worked at it. It’s exciting to have things click, to find my voice and have the courage to use it, and get paid to write.
I almost threw up yesterday after the interview. It was only 15 minutes and I had no idea how many people had tuned in to listen, or just happened to be in a place on Monday morning in Australia where the radio was on that channel. My dog had horrifyingly barked through the middle and I fought through the distraction, but still felt awful. I had to stop. And breathe. And give myself that quiet moment of recognition. Not to relish, but to give credit: “You’ve worked hard to get here. Sit and enjoy it for a second.”
I guess I could say that about just about anything, but those moments are my favorites. Getting a chance to drink hot coffee in a quiet house ranks pretty high on the scale, too, though.
step.